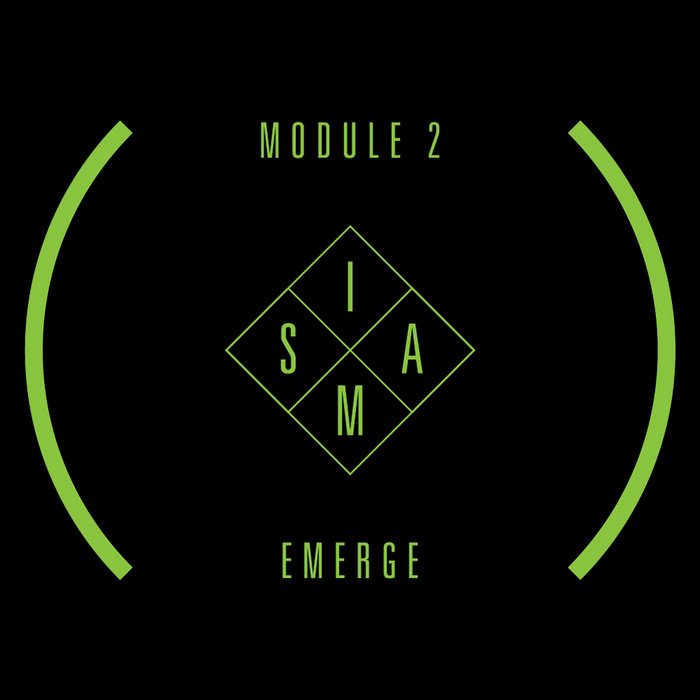 MODULE 2: Emerge is the second release by the Sino-Indian Music Alliance (SIMA), a coalition of artists, labels, and promoters united in the goal of building new cultural bridges between Asia's two most rapidly developing countries.

Emerge caps off SIMA's second year of sub-cultural interaction and exchange along the lines of electronic music production in India and China. In Spring 2014, Sinotronics curated a four-city China tour for Hashback Hashish, introducing him to the work of some of Beijing's most progressive and influential electronic musicians: Dead J, FAR/∞, iimmune, Nara, JFI, and Menghan. Hashback Hashish returned to China at the end of 2014 for a second mini-tour connected to the release of SIMA's first compilation, Module I: Oscillate.

Continuing the momentum, Beijing producers Dead J and Menghan completed an India tour in Spring 2015, creating contacts in New Delhi and Kolkata that have paved the way for future collaborations and interactions, as indexed on this compilation. Hashback Hashish and FAR/∞ return from Module 1, joined by Chinese experimental electronic scene veterans Nara and JFI, as well as relative newcomer Menghan, whose debut EP is out on Sinotronics in early 2016.

From the India side, Hashback joins forces with fellow New Delhi-based REProduce artist Jamblu for one collaboration, and with Kolkata scene lynchpin Varun Desai, aka 5volts, for another. Module 2 is rounded out geographically with a slice of schizophrenic footwork from _RHL (one half of Bangalore duo Sulk Station) and metallic, melodic fragments glued together by Kolkata's Hybrid Protokol.

Module 2: Emerge is produced and curated by Sinotronics, Audio Pervert and Hashback Hashish, with the support roster of REProduce Artists, Vital Agency, and littlei Kolkata.

Guest hosted by Tamar Osbourn aka Collocutor and Toshio Matsuura.